We are in the magnificent capital of Montefeltro, in the Marecchia Valley area, among gently-rolling hills, villages, rivers and romantic views.

The history of San Leo has its roots in ancient times when, over the centuries, it assumed the role of an extraordinary military fortress and a war machine, ready to assail anyone wanting to conquer Montefeltro and the Marecchia Valley.

This can be immediately appreciated by climbing towards the top, among the hills of Montefeltro. As the road becomes steeper, the silhouette of the town appears, almost like a “ship lost in a sea of fog”, a vision that over the centuries fascinated Dante, appealed to St. Francis and imprisoned Cagliostro. 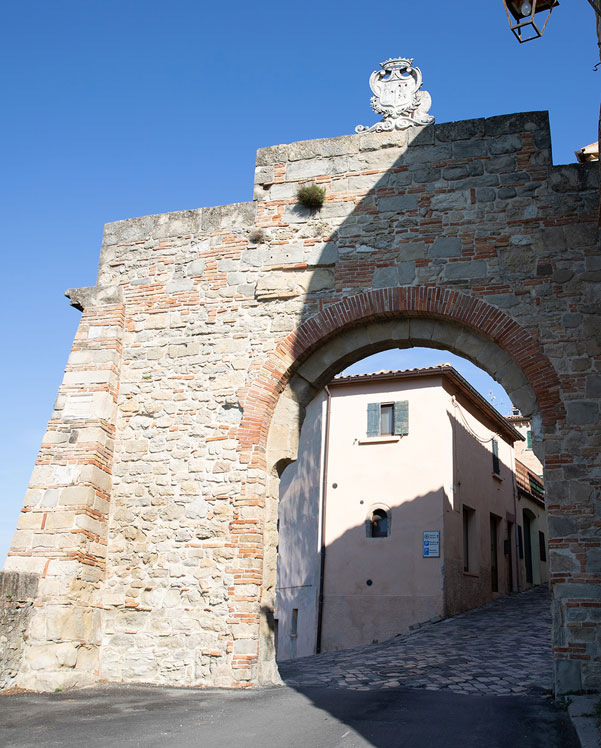 The centre of the medieval town is characterized by a square, around which the main buildings dedicated to social and religious life unfold.

A visit to the town begins with the ancient sacrificial basin, hollowed into a rock between the cathedral and the civic tower, and then continues with the oldest monument of St. Leo Christianity: the Parish Church of Santa Maria Assunta, which, to this day, remains one of the most fascinating medieval monuments of central Italy.

Then we continue with the Romanesque Cathedral, the most outstanding example of medieval architecture: one of the most unique and major examples of Romanesque-Lombard architecture.

Next comes the Renaissance Fortress, one of the most celebrated examples of military art, in a historical and artistic setting among the most beautiful in Italy. 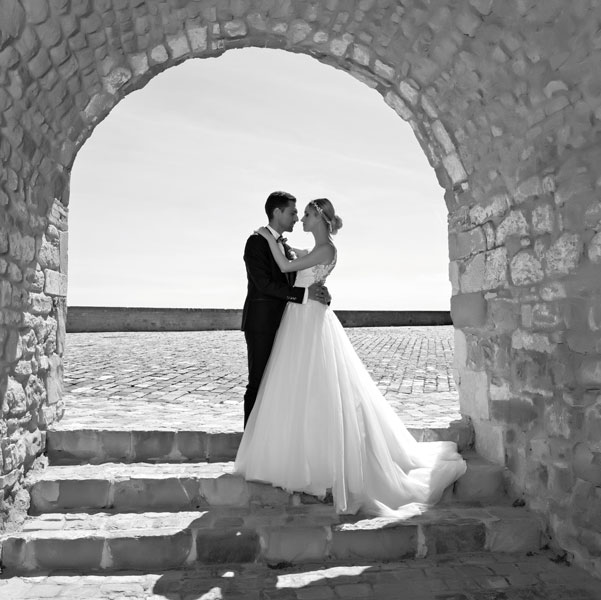 In the town of San Leo, you breathe history and romance. Its unique charm is marked by ancient events, architectural beauty and a wonderful and pristine landscape.

More and more couples choose to celebrate their weddings in villas and castles, in search of refined and suggestive venues; places that add a delightful atmosphere to their special day.

And it is precisely with the aim of providing something new and one of a kind that San Leo presents itself as a “wedding setting” providing all the charm and romanticism of a timeless town.

If you have always dreamt of a wedding in a majestic place with breathtaking scenery, now you can start organising it for real. 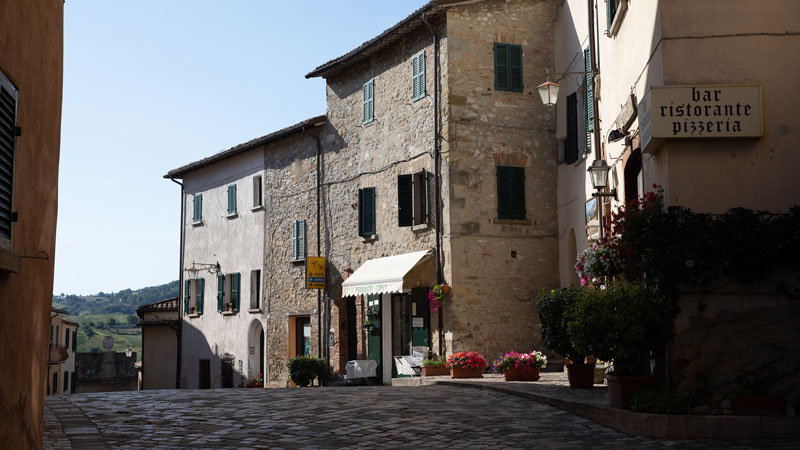 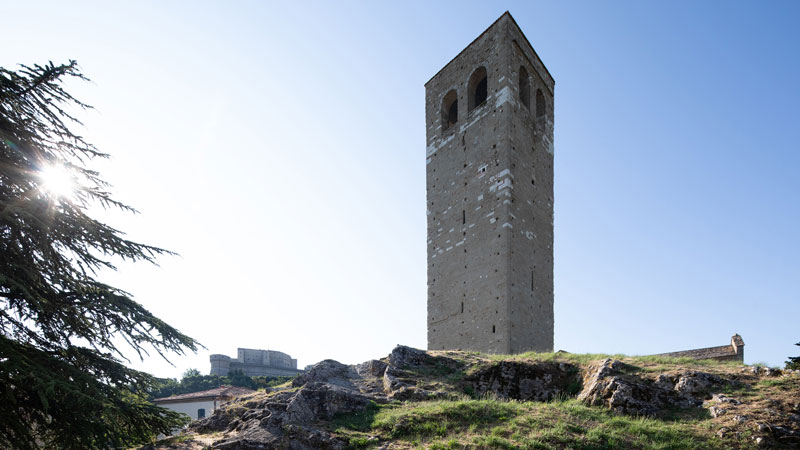 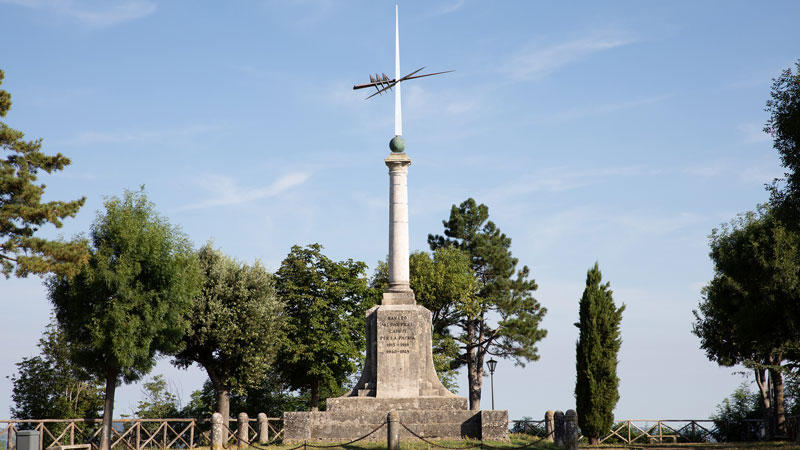 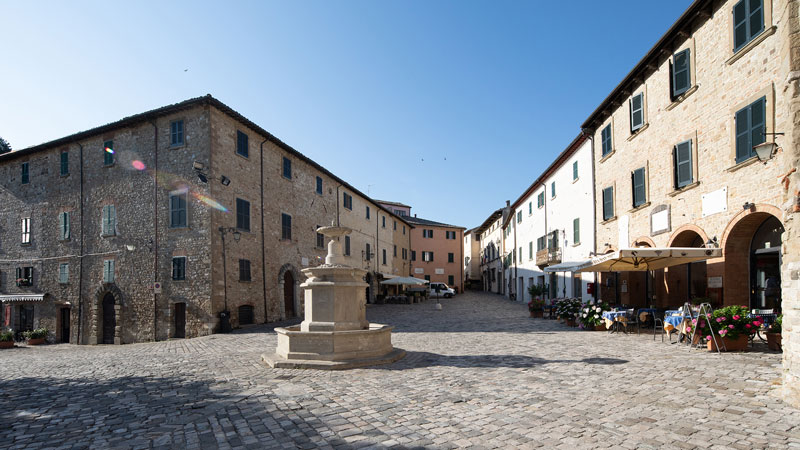 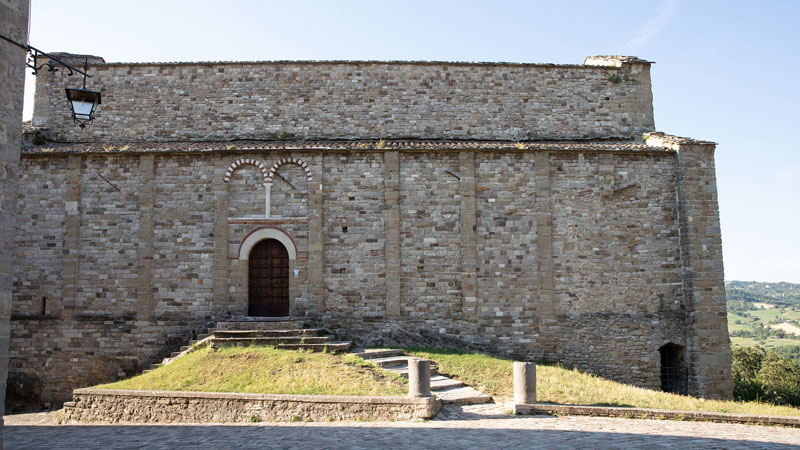 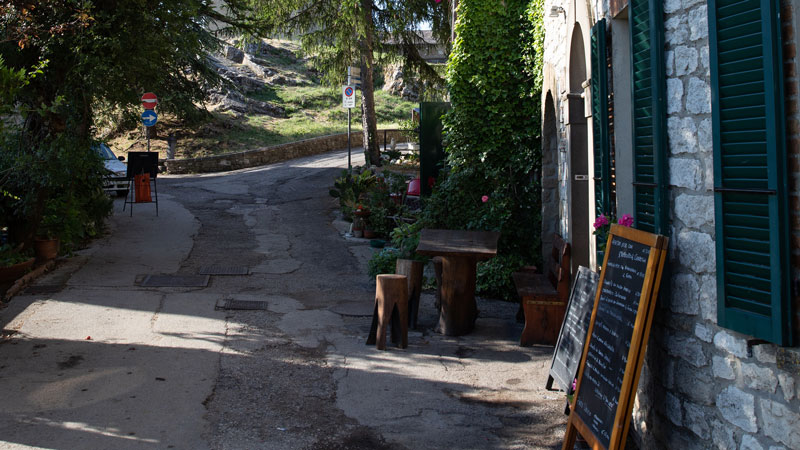 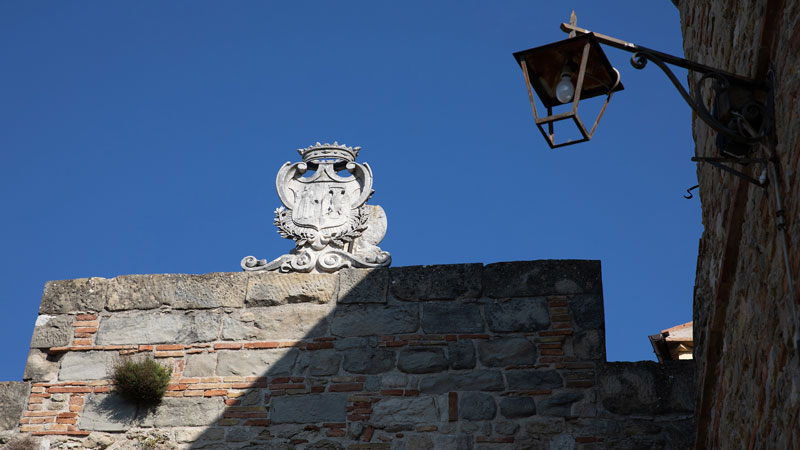